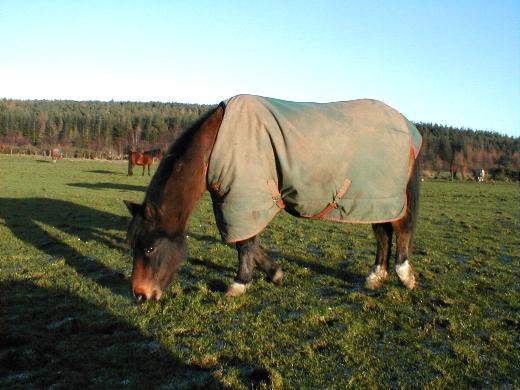 Stroller was born in 1979 and died suddenly on 20th May 2009. He was a stunning bay native pony, 13 hand high, with a sweet nature and a big personality. He arrived very worried about being ridden and tried to run away from fear when he felt the bit in his mouth.  This is what often happens with horses who have known pain at the hands of rough riders and the poor horse then gets blamed for bolting.  After he had a fews months doing nothing but grazing and being groomed he was ridden by an experienced rider in a head-collar with no bit and then we used him for a long time in lead rein classes.  Young children learn to ride here using reins attached to the headcollar with a leader on foot.  (This gives the child confidence as well as being more comfortable for the horse).  After a fews years of this Stroller was gradually reintroduced to the bit with careful riders and he became a talented riding pony, often winning classes at Redwing's small local show.  He was retired in his twenties but in his later years he and his friend Shannon were all round favourites at local events, giving pony rides to children to help raise funds, and they were never bothered by the noise and the bouncy castles etc .  He was a happy little horse and with his welcoming whicker he is much missed in the yard. This lively tune suits him.  You can download it at our   Midi Page 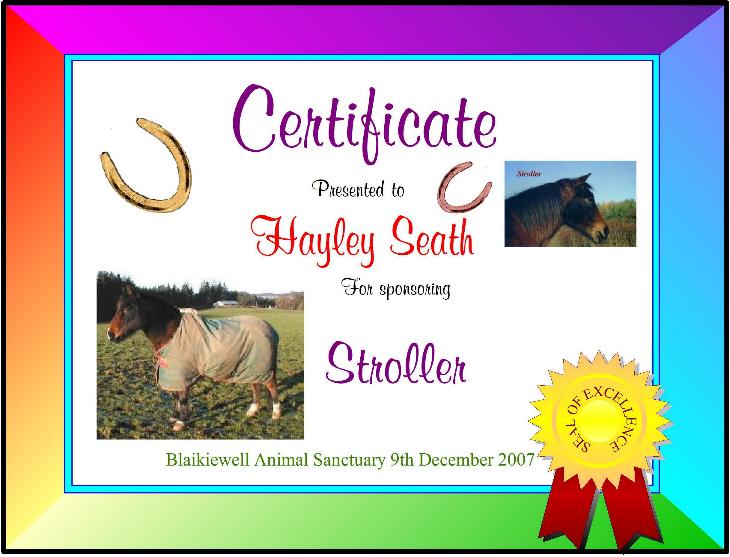