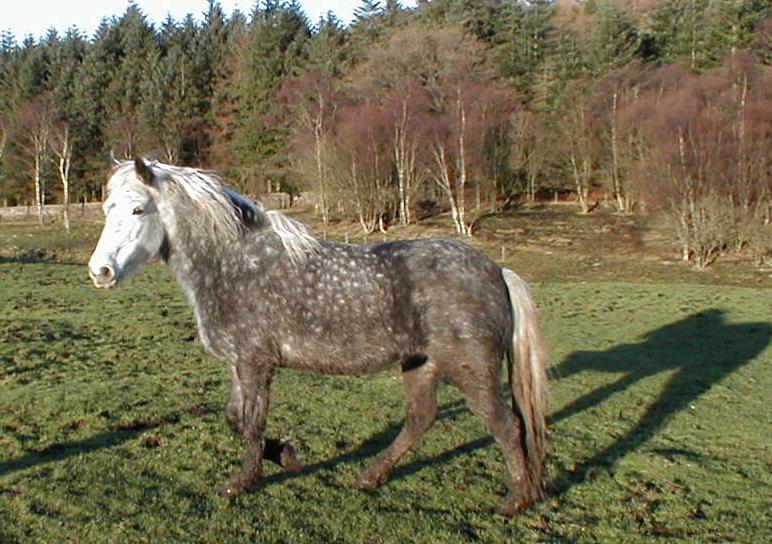 Star died when she was twenty on the 28th July 2014. She was one of the youngest to die with us and it was very unexpected. She had a sudden severe attack of colic due to a twisted gut. She had been fine when Sarah checked her in the morning but around midday she broke out of her field to seek help for the terrible pain she was in. The vet came as quickly as possible and sedated her to relieve the pain but after a thorough examination she advised us that the kindest thing to do was to let her go peacefully while we could.

Star had surpised all of us fifteen years earlier when she recovered from Laminitis so severe that vets at the time considered it terminal. With the help of master farrier, Sandy Beveridge, and regular attention from our vets she made a full recovery and never had a recurrence.

Star was born unexpectedly in the snow on Boxing Day 1993. Her mother, Sindy belonged to a livery client who had bought her without knowing she was in foal. Fortunately the foal was spotted lying in the snow early in the morning and we got her and Sindy to safety in a stable. Sindy and Star later came to Blaikiewell. Sindy is still with us. Star was a lively little horse and gave me a lot of fun when I schooled her for riding. She features on Redwing Riding School's Show page.

We are all very sad to lose her so young. 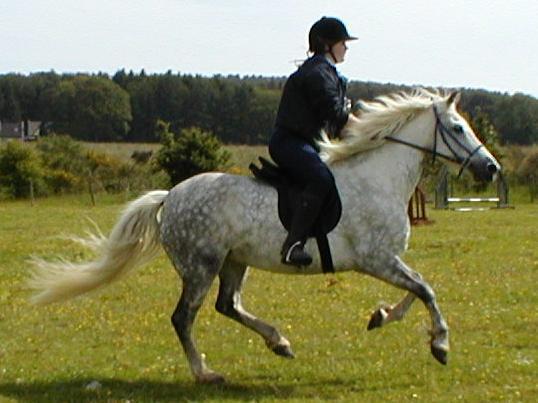 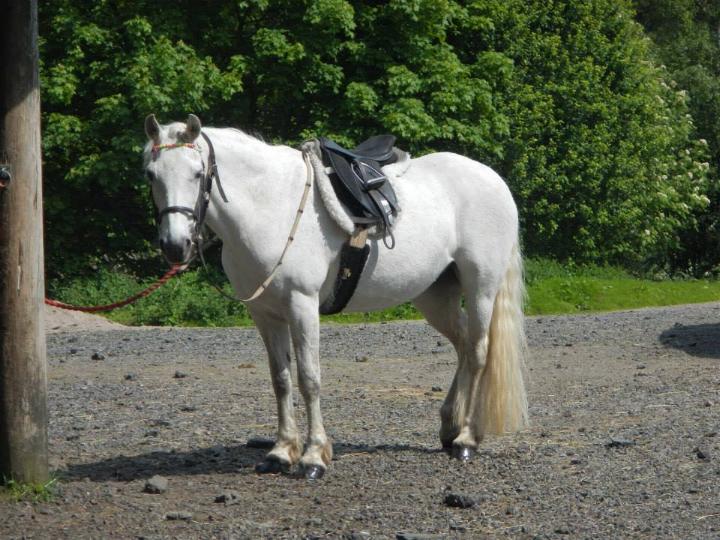 
Animals in my life